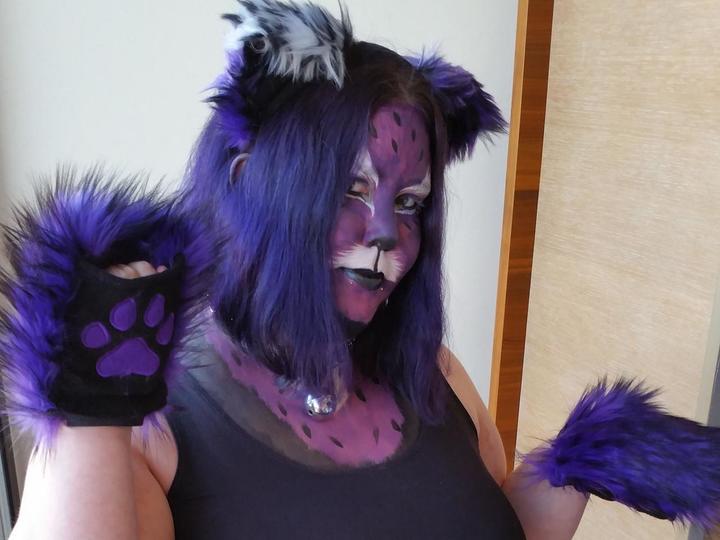 Quick update on the gloves and the convention.

My husband and I wore our gloves at the convention and they held up rather well. We could do most normal actions without any issue. We decided to take off the gloves whenever we sat down to eat just to be on the safe side. It was easy getting the gloves on and off. They were comfortable, no weird rubbing, and no popping of stitches. One of the issues we had when we first bought them was the elastic bands around the wrist popped their stitch on both of my husband’s gloves. We weren’t pulling them on roughly or any different than other gloves we have but just going around his hands caused part of the band stitching to pop. The elastic was also very stiff and uncomfortable. The Velcro we changed it out with had a soft side and that caused no issues wearing them around the convention.

The convention was a lot of fun. Seeing all the suits and various costumes definitely gave us fun ideas for future costumes and projects. I am currently working on some harnesses and have other gloves that need to be changed to the Velcro design along with some different adjustments than the first set of gloves. I will try to post pictures during my current projects to give updates between posts.